After many years of competing in drag racing, sled pull and dyno competitions all over North America in 2015 Armor Inc was invited to be a part of an event in 2016 that has grown to be the biggest diesel competition in North America by far! The event entailed building one truck that would compete in all 3 events those being drag race, dyno and sled pull against 25 other chosen top competitors throughout North America. This began the build of the UCC TRUCK.

In fall of 2015 the build started with a 2008 dodge 2500 regular cab. In year 2016 it was a pretty basic build as far as the chassis went still a full interior, full engine bay turnkey truck. The engine was an in house built 6.4 Cummins engine back by a custom triple turbo set up, Dynomite diesel injectors and a 4r100 Brians Transmission built trans. After many hours of hard work and sweat the truck performed well in all 3 events and finished in 4th place overall.

Invited back again in 2017 we knew we would have to step up our game as competition became more fierce and the first years competition had pushed the diesel industry so much farther in one year. with 3 of us staring at the truck we decided to fully gut the interior, remove anything under the hood that was not needed except for the truck to start and make power. We also teamed up with Lenny Reed and Dynomite diesel and after collaborating came up with a power plant from D&J Precision and machine, Garret twin turbo set up, all fueling from Dynomite Diesel and an in house Armor built 48re transmission. With not a single stitch of wiring left the build began…leading to 2 podium finishes in both the drag race and sled pull and again a 4th place overall competition. That year with some minor changes after the competition the truck ran a blistering 8.5 seconds at 167mph in the ¼ mile to become the fastest diesel pickup in Canada by a huge margin and later on that year again smashing the 2000hp mark and winning two big dyno events in the USA!!

With 2017 over came another invite to the 2018 event and again HUGE changes truck stripped to the frame a new cage to allow us to run deeper into the 8’s and huge weight loss. The truck was cut just behind the cab and a full back half completed with a NITRO GEAR billet 9” rear diff assembly installed shedding about 800lbs overall. Performance wise we stayed with the same engine, Dynomite diesel always working to the future built some massive injectors and supplied 3 of their 12mm CP3 pumps. The chassis was the biggest change, gear swaps, a whole new sled pull back half … undergoing this massive change left us with little time to build and prep the truck. We went to the event basically untested and we had some issues with the engine on the first day but we limped it through the next 2 days and struggled somewhat to finish with a 6th place overall.
2019 we are headed back….not a lot of changes…more to come!! 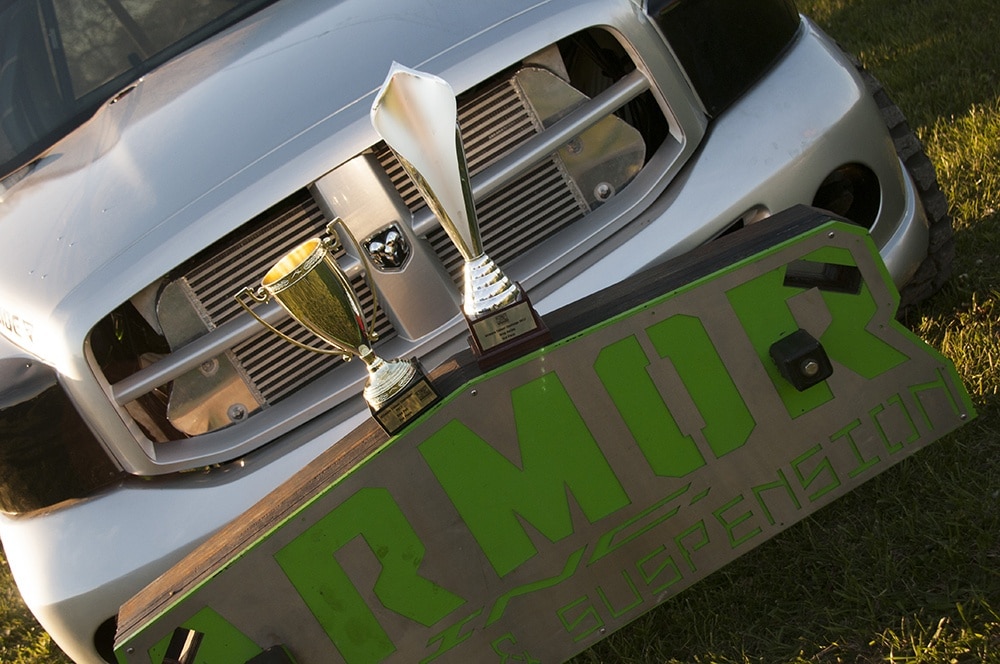 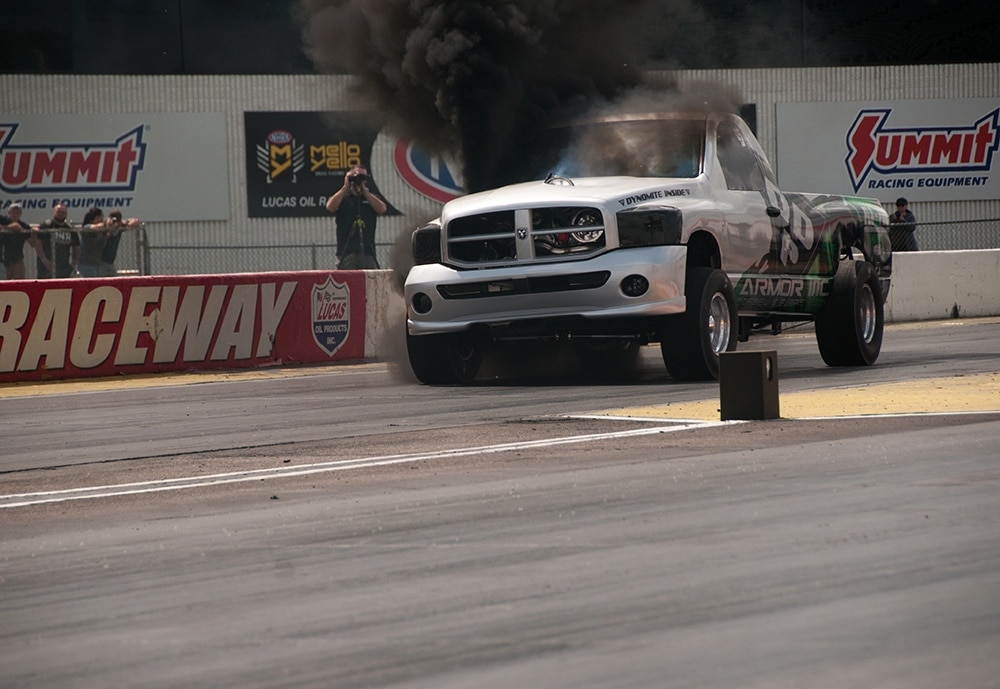 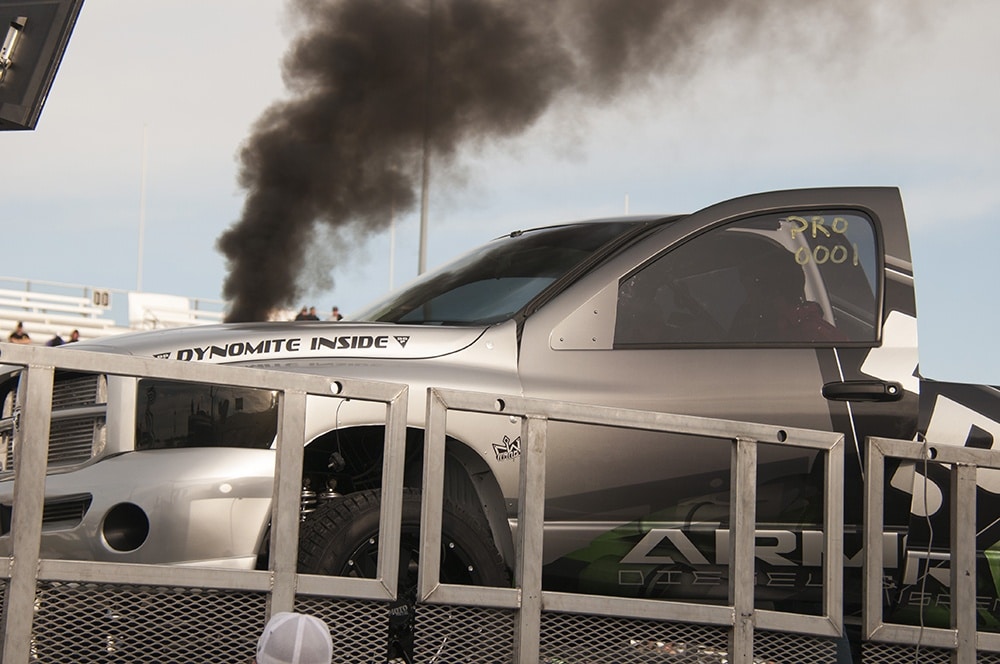 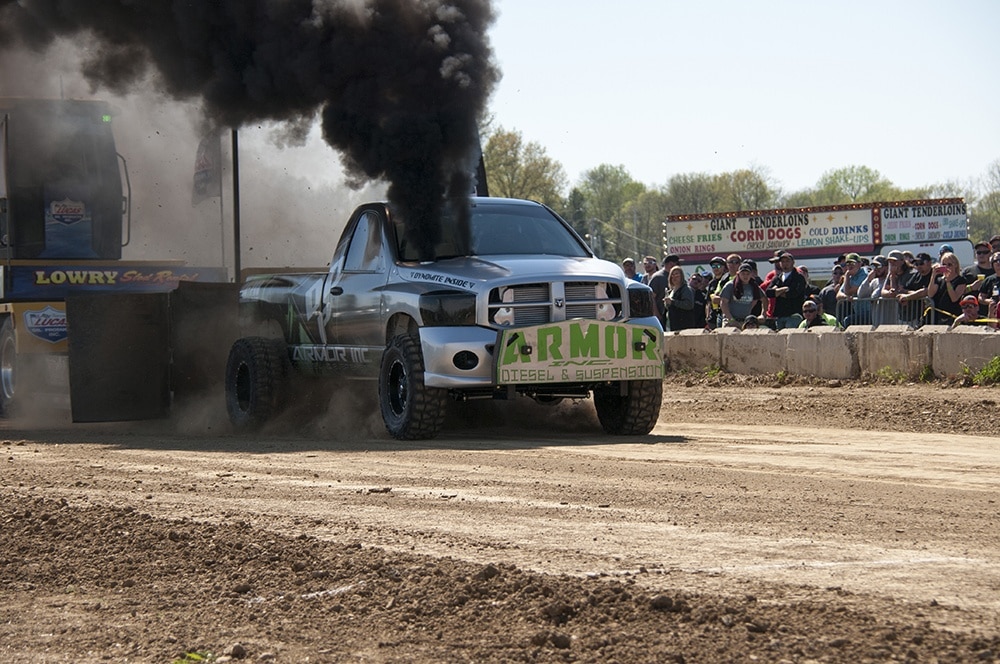